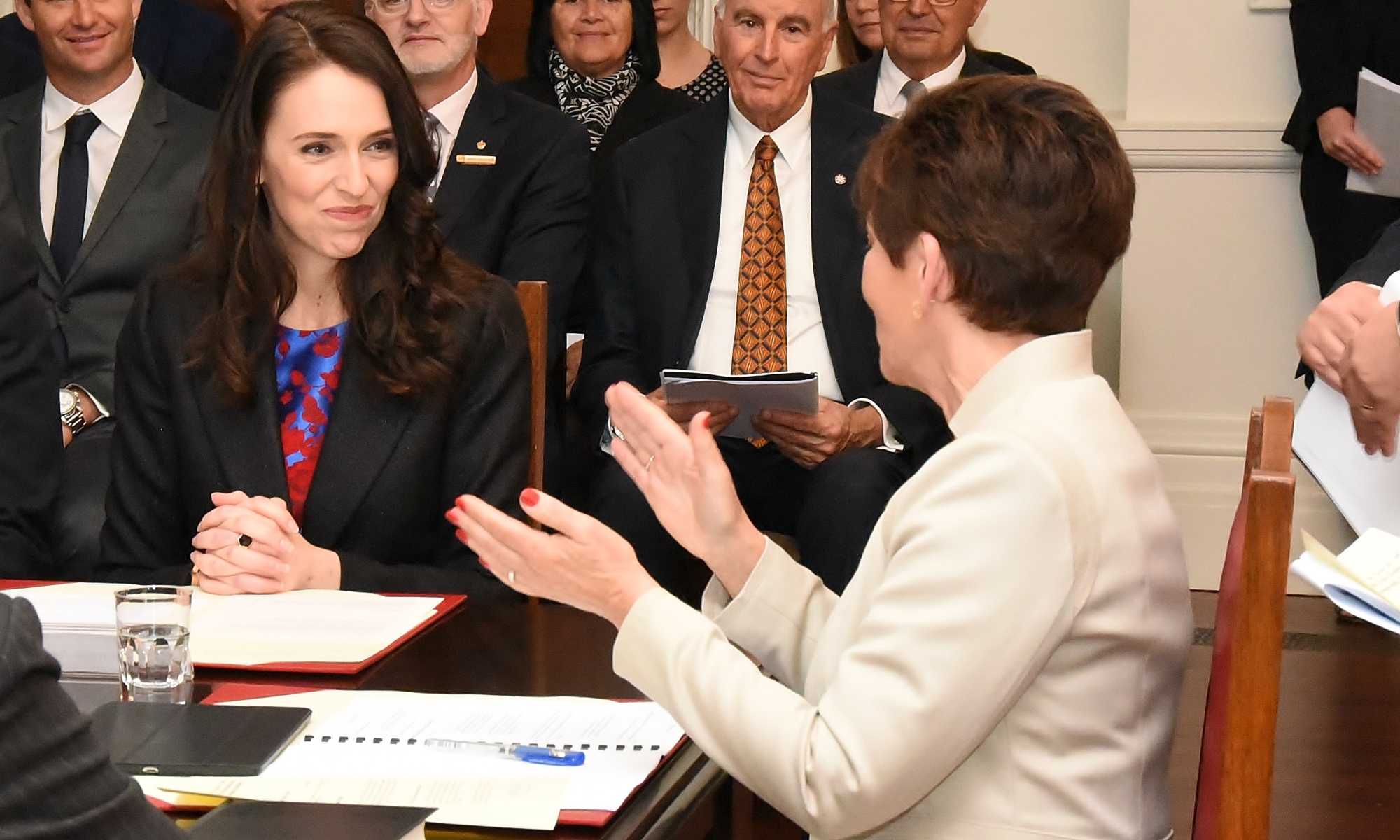 This article is republished from The Conversation under a Creative Commons license. Read the original article.

Jacinda Ardern of New Zealand, Tsai Ing-Wen of Taiwan and Angela Merkel of Germany have all been singled out for the way they have handled the coronavirus pandemic. They’ve been praised for demonstrating care, empathy and a collaborative approach. These skills – stereotypically described as “feminine” – have enabled them to listen to scientific expertise, work with local authorities and communicate effectively with the public. It has made them come across as transparent and accountable at a time of mass confusion.

In stark contrast, male leaders in some of the worst performing countries – the UK, the US and Brazil – have adopted a leadership style of belligerent rhetoric. They’ve taken guidance from entourages of confidantes, often instead of experts. Their inconsistent, unclear communications have been compared to “gaslighting”. Their tendency to follow this path perhaps isn’t surprising. After all, the “hyper-masculine” style – a maverick leader who establishes authoritative power by aggressively rejecting “feminine” traits like collaboration, empathy and respect for due process – proved a successful electoral strategy for these leaders.

There are many men of course who are not like that – just as there are women who don’t consider themselves particularly empathetic or collaborative. So, while it is wonderful to see women leaders and feminine leadership being praised so widely during the pandemic, emphasising the stereotypical characteristics of the leaders themselves may reinforce the gendered thinking that helps put macho populist leaders in power.

To understand the success of these women leaders in handling COVID-19, the focus should be on the political culture and institutions which allowed women who adopt a “feminine” approach to leadership to come to power. More representative systems create styles of leadership which inherently involve compromise and collaboration rather than aggression and domination. This can create a political culture in which femininity and power are not in contradiction.

We can see the perpetuation of stereotypes in the way that women leaders have been praised for their management of the COVID-19 pandemic. But, beyond that, we can also see how these women are breaking the mould.

Ardern is only the second premier in the world to give birth while in office. She has placed empathy and care at the centre of her personal style of authority. This, in itself, is a breakthrough, but it is notable that when she exhibits the traits of strength, decisiveness and military command, which have also been prominent in her management of the crisis, these too are seen through a maternal lens. One religious leader accused her of implementing a “nanny state”, being an “overly controlling parent” and even BBC Newsnight described her as “putting the entire nation on the naughty step”.

Merkel is not a mother herself, but she is known in Germany as “mutti” – the “mummy” of the nation. Her route to power is a study in the discourses which frame the way women in politics are seen. Her mentor Helmut Kohl famously nicknamed her his “Mädchen” – his girl – and she demonstrates her economic credentials by evoking the thrifty “schwäbische hausfrau” (Swabian housewife). It has come to the fore in this pandemic, however, that she also has a PhD in quantum chemistry.

Tsai, who also has a PhD, has been praised for her swift action to protect citizens’ health during the pandemic. She has also sent humanitarian aid to other countries, including the US. However, while similar action by Ardern was attributed to her compassion, Tsai’s response is more consistent with her strong assertion of Taiwanese independence. There were fears that if the virus spread, China would be able to take geopolitical advantage.

These women are good leaders because they are highly skilled, qualified and experienced. Crucially, though, they have come through political systems in which their kind of skills can be valued, which are explicitly designed to keep strong-man populist leaders at bay. New Zealand, Taiwan and Germany all have multiple institutionalised checks and balances on executive power. They have strong local institutions of governance which favour local participation in politics, rather than a top-down approach.

These nations also have electoral and party-political systems which adopt elements of proportional representation. Such systems frequently give rise to coalition governments and hence necessitate collaborative leadership. To counter perception-biases in voter choice, electoral systems in these countries use party lists, where votes are cast for a party and positions are allocated proportionately to listed individuals. This is how Tsai, Merkel and Ardern were all first elected.

Of course, these systems are not perfect, but the coronavirus pandemic has highlighted both the dangers of systems that promote mavericks and the need for strong institutions to check their whims.

The pandemic has also placed in sharp relief the need to invest in care and social infrastructure – “feminine” areas of the economy that have been overlooked for too long. The experience of women leaders who have reinvented both political leadership and femininity and the institutional contexts which have allowed them to get to the top, can help reimagine inclusive political processes in the wake of the crisis.