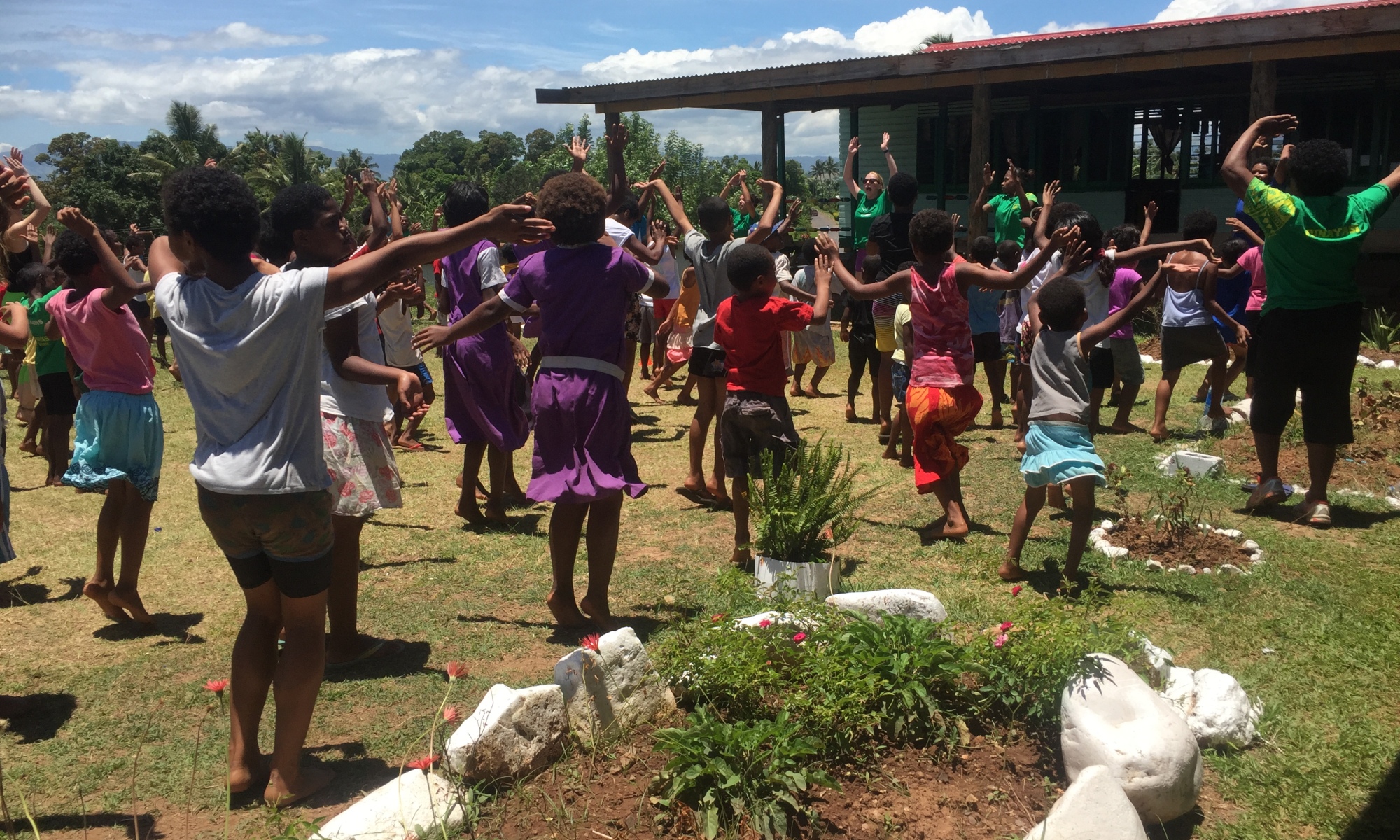 Voluntourism, the phenomenon that combines international volunteering with the more traditional tourist experience, has received widespread criticism recently for commodifying development, reproducing neo-colonialism and reinforcing ideas of the white saviour. Similarly, voluntourism organisations are often criticised for unethical practices and for their emphasis on the needs of travellers over hosts.

While these critiques are clearly valid, there is often a much more complex story to tell about both the benefits and downsides of voluntourism, particularly in places like Fiji where voluntourism is a recent, but rapidly growing, phenomenon. As Daniel, a Fijian volunteer coordinator put it:

when we have volunteers in a Fijian village we will go to any lengths to give them what they want, to try and serve them… But of course then the volunteers change to become more Fijian! (Daniel, Fijian volunteer coordinator/staff, interview, 2016)

My recent article in The Geographical Journalprovides this more nuanced perspective, through engaging with the volunteers, host families and the (mostly Fijian) staff in the Fiji office of a large, international voluntourism organisation headquartered in Europe – particularly highlighting these kinds of cross-cultural encounters that Daniel alludes to. In order to understand the impact of voluntourism in a place like Fiji however, context is important…

The nation of Fiji consists of 330 islands straddling Polynesia and Melanesia. As Hau‘ofa (1994) notes in his seminal essay, ‘Sea of Islands’, pre-colonial Fiji was part of an exchange community which extended across the Pacific, and those oceanic connections were further extended in the early 16th century when European imperial powers ventured in the region. More Europeans arrived in the 1800s, including traders, planters, labour recruiters, miners, missionaries and settlers. In 1874 Fiji was annexed to the UK, signalling both the expansion of the British Empire, and the constriction of the Oceanic world with the emergence of borders and laws curtailing the movement of Pacific islanders.

Following a century of colonialism, and two decades of coups and political instability, Fiji is now considered a stable democracy and Fijians are once again connected to the wider world, this time through tourism. Fiji is the largest tourist destination in the Pacific region, with tourism contributing 23% to the country’s GDP (Harrison & Prasad, 2013, p. 744), providing an estimated 33% of employment in 2014 (World Travel and Tourism Council, 2015).  However, employment in the tourism industry is often precarious, with Fijian workers usually undertaking work as housekeepers, nannies and gardeners in resorts largely owned by foreign multi-nationals.

Voluntourism has only appeared in Fiji in the past couple of decades, but is now growing rapidly. In the organisation discussed in my article, volunteers are hosted by local families, and are expected to fit in with the host family. They are included in household life, may attend church or religious functions, learn to cook Fijian food and drink kava, and spend time with children and other family members. Through this volunteers gain an understanding of life behind the famous ‘bula’ smile:

The host may get angry with you if you leave the light on, you may feel like you are back living with mum and dad because they may give you a lunch box, things like that. But it’s important that they see the person who is paid to smile at the Hilton, what they are like at home with their kids, how they make ends meet, how they eat. (Ema, staff, interview, 2016)

While the impact of the ‘volunteer’ work is negligible, evidence from my research suggests that the encounter is, for now, a welcome one for Fijians. Indeed, in Fiji, the growth of voluntourism follows half a century of mass tourism, in which ‘real’ contact between Fijians and tourists has been limited and manufactured. As Daniel notes, hospitality and relationship-building are integral to Fijian culture, and hosts embrace the opportunity to interact with tourists more directly, and to build connections across the globe. They often remain in contact with volunteers long after they have departed Fiji. As one volunteer coordinator noted:

… so instead of travelling, for the locals… the world has travelled to them. In that way they don’t need to go to Germany to experience Germany, they can experience the whole world from their doorstep with what we are doing here…  (Laisa, staff, interview, 2015)

Despite this, the commercial nature of the encounter has the potential to significantly undermine these connections. The large fees mean that the volunteer – like any other tourist – is a consumer. Volunteers therefore have certain expectations of the organisation, ranging from the mundane – internet access, good food and logistical support, to the more profound – a sense of accomplishment, and a feeling they have made a difference. As Daniel noted:

Some volunteers expect more from the host family and the feedback from some host families is that the volunteer wants everything to be done for them, ‘hey, I paid for this’, like a hotel. (Daniel, staff, interview, 2016).

As such, the inequalities remain deep and pervasive. Nonetheless, it is clear that the commodification of volunteering in this encounter does not preclude the development of potentially lasting relationships through day-to-day contact between voluntourists and Fijians. The stories told by volunteers and hosts in Fiji, and the relationships formed are embedded not only in the history of empire and contemporary commercialism, also in Fijian cultural realities, Western ideas of service and volunteering, and the sometimes chaotic encounter between these. As such, while there is clear evidence that we need to move beyond voluntourism as a pseudo-development practice there should also be space for reconsidering – and rescuing – spaces for cross-cultural learning and solidarity, and for relationally-based encounters which can contribute to meaningful local development and can, perhaps, turn hedonistic Western volunteers ‘more Fijian’.

About the Author: Dr Sharon McLennan is a Lecturer in the School of People, Environment and Planning at Massey University – Te Kunenga ki Pūrehuroa, New Zealand

Harrison, D., & Prasad, B. (2013). The Contribution of Tourism to the Develoment of Fiji and other Pacific Island Countries. In C. A. Tisdell (Ed.), Handbook of tourism economics: analysis, new applications and case studies (pp. 741–761). Singapore: World Scientific.