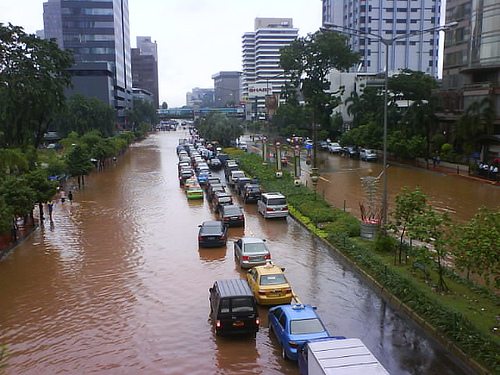 The word ‘resilience’ seems to capture something about life in our precarious and uncertain era. The idea that we should all learn to be more resilient and adaptable, able to rapidly adjust to crises and the complexities of modern life as they happen, says something about the mood of our times. Indeed, Time Magazine recently proclaimed ‘resilience’ to be the buzzword of the moment (Walsh, 2013). Development agencies, governments, social critics and academics increasingly focus upon how to make people and places more resilient (Department for International Development, 2013). Adger (2000:347) for example says that social resilience is “the ability of groups or communities to cope with external stresses and disturbances as a result of social, political and environmental change”. But in many unexplored ways the turn toward ‘resilience’ also tells us something quite profound. It tells us that important changes are taking place in how we understand our world and the stakes of freedom and politics.

This is what my latest paper in Area addresses. At the dawn of this millennium the idea that life was becoming too uncertain and chaotic was initially seen as a problem for many scientists, social scientists and policy makers. The predictive models of science, as with the interventions of international politics, largely seemed to have failed. Endless numbers of environmental disasters, then debacles in Iraq and Afghanistan, and the almost global economic crisis in 2008, all gave rise to a growing mood: the world is simply too unpredictable to control. The active response from many quarters: we should instead learn to be more resilient. No longer control or transformation, but a new emphasis upon making people flexible and adjustable in today’s precarious world. A plethora of new resilience models and policy-makers have emerged. The United Nations (2004), The United Kingdom Department for International Development (2013), the International Monetary Fund (2013) and the World Bank (2013) have all refocused around resilience. As the website of the United Nations Office for Disaster Risk Reduction (2013) asks “What are you doing to make your city resilient?”

But resilience does not seek to control the world in the way of previous scientific and political models. Instead, resilience more obviously foregrounds how vulnerability and insecurity are inevitable parts of life. Risks, hazards and dangers are accentuated as permanent features of everyday existence; always there, always at the surface to be highlighted and engaged. Precarity bears down upon the present and resilience politics actively embraces it. Today, resilience shows how the stakes of politics and freedom have changed and in quite dramatic ways. Freedom is now less likely to be framed through political ideologies of, say, Left and Right, and more in terms of how politics seeks to address ever-intense feelings of uncertainty. Measures like disaster management, preparedness, preepmption, precaution and security, developing personal adaptation skills at work, therapeutic coping strategies and so on, all illustrate how we are now more pragmatically programmed around questions of insecurity. As I argue in detail in my Area paper, resilience shows what becomes of politics in this, our era of uncertainty.

About the author: Jonathan Pugh is Senior Academic Fellow at the Department of Geography, Newcastle University. He specialises in Caribbean and island studies, postcolonial, development studies and the nature of radical politics today. Jonathan’s webpage can be found at http://www.ncl.ac.uk/gps/staff/profile/jonathan.pugh and his email address is Jonathan.Pugh@ncl.ac.uk

Walsh B 2013 Adapt or Die: Why the environmental buzzword of 2013 will be resilience. Time: Science and Space 8 January.

World Bank 2013 Turn Down the Heat: Climate Extremes, Regional Impacts, and the Case for Resilience