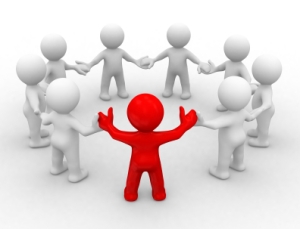 This article follows on from my last article about geographers and technology and is the second part because I am currently on my summer(?) holidays.  The first article discussed geographers and mobile phones, which got me thinking about how mobile phones are not just mobile phones anymore.  They are the key to so many of our daily activities and yet are materially so small.  The connection between my two articles is that of the advancement of mobile phones to be able to connect to social networking sites.  Pfaffs’s (2010) article concentrates more on the ways in which geographers have engaged with the mobile phone rather than the mobile phone being the core of the article.  Geographical narratives from Laurier (2001) and Thrift (1996) have questioned the mobile as being a designer item to some to just a rental agreement to others.  I would argue though that as the mobile phone has increasingly become more important in our lives and as such has become a staple of business and social interaction, people view their mobile phones as much more important than just a status piece or business transaction.

A recent BBC article called “Facebook film The Social Network tops US box office” charts the rise of Mark Zuckerberg and his friend at Harvard University after launching the social networking site, Facebook.  The film took £14.5 million in its first weekend in the USA, which leads me to ask, why are we so interested in this technological phenomenon?  It may be because the supposed story line tackles the legal battle between Mark Zuckerberg and his friend and three fellow students who claim he stole the idea of Facebook from them.    The most modern mobile phones can access social networking sites like Facebook with such ease that we are just a few taps on a screen away from chatting and interacting with anyone we want.  It is easy to see why so many people have an interest in Facebook and its history, or maybe we just like a film with a good storyline and a controversial court case as the plot.