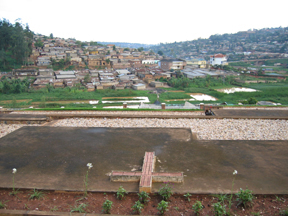 The UN has announced that at least 400,000 people have been displaced to Uzbekistan fleeing the ethnic violence perpetrated by Kyrgyz mobs against Uzbeks in southern Kyrgyzstan. The violence would have started last Thursday night, in the area of the cities of Osh and Jalal-Abad in waves of shootings, murders, lootings and arson attacks. As Luke Harding reports for The Guardian, official figures reported 124 killed and more than 1,600 injured but it seems that these numbers could be much higher. In fact, witnesses of the atrocities talk of ethnic cleansing and attempted genocide, reminding us of the events in Rwanda and Bosnia not so long ago.

In his article for Transactions of the Institute of British Geographers in 2001, William B. Wood analysed the concept of genocide by undertaking a comparison of the cases of Rwanda and Bosnia. His review considered genocide from a geographic perspective, emphasizing that: “Geographers can play an important role in genocide ‘early warning’ by revealing the multidimensional aspects of systematic violence, highlighting the potential for future atrocities in areas where ethnic and political spaces conflict, and leading field investigations to those places where simmering communal tensions could erupt into genocide” (Wood, 2001: 58).

As we await the response of the regional and global political actors and the humanitarian relief operation, we must reflect once more on the failings that lead to history repeating itself. As Wood points out: “Geographers can help policy makers better understand genocide’s persistence and its implications, and, by doing so, help galvanize a more decisive international prevention and response” (2001:72).

Read William B. Wood (2001) “Geographic aspects of genocide: a comparison of Bosnia and Rwanda”. Transactions of the Institute of British Geographers. 26(1): 57-75.