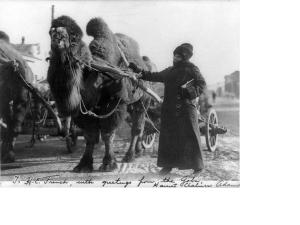 Last month I was in Ulaan Bataar, the capital of Mongolia, for a meeting where the government appealed to the international community for emergency relief to address its most serious disaster known as dzud – a condition where extreme winter conditions lead to great livestock mortality in this nation of nomadic pastoralists. At that time 1 million animals had died. A month later the Guardian reports 2.7 million livestock have perished – more than 1 per citizen. The disaster has natural and human causes. Temperatures of -500, changing climate parameters and greater intensity of weather events affect pastoralists’ outdoor livelihoods. Equally, escalating livestock numbers for economic reasons, a collapse in the government’s ability to address disasters and a general lack of preparedness for a recurring natural phenomenom increases risk and vulnerability. As the United Nations releases the first tranche of assistance the Mongolian government and international donor community should consider how to mitigate dzud impact beforehand – it is more effective to minimize disaster impact through planning and preparation rather than wait until after the tragedy happens to ask for support

Pressurised pastoralism in South Gobi, Mongolia: what is the role of drought?

View all posts by troy