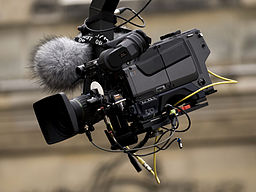 Over the last week the media has been dominated by coverage of the conflict and subsequent ceasefire in Gaza between Israel and the Palestinian group Hamas. As with numerous contemporary matters, geographers and academics from a wide range of disciplines have discussed and debated the complex issues that exist in this region. One example of such work can be found in Mavroudi’s (2012) recent publication in Transactions of the Institute of British Geographers.

Mavroudi acknowledges that the contested history of the region means “the focus on negative separations and violent conflicts can make thinking hopefully about the region difficult”. Yet, the purpose of her work is to draw on and contribute to work on the geographies of Palestine-Israel alongside geographical work on hope, film and performance.

Through the analysis of two films, the use, depiction and symbolism associated with space is discussed. Both films indicate a need to conceptualise and imagine space in a more positive way, which has the potential to assist in connecting Palestinians and Israelis, by helping create shared identities, hope, and in the long-term, conflict resolution. In doing this, there is potential to alter perceptions of the ‘Other’ and the ‘us/them’ relationship, which should further assist future change.

This paper demonstrates the unusual ways in which geographical research can contribute to contemporary issues. At the present time, where the problems faced by this region are highlighted daily in the media, it is important to recognise the potential of geography in promoting methods such as performance, theatre and film in (re)connecting divided societies.