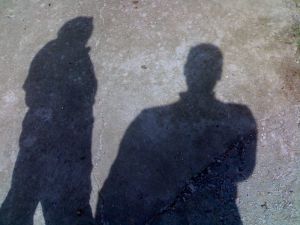 In their recent article in Transactions of the Institute of British Geographers, Hopkins et al (2011) explore the influence of intergenerationality on the development of young people’s religious identities.  They review current trends in new ways of ‘doing’ religion and argue that religious spaces of meaning are becoming increasingly diversified.  Drawing on research with young Christians in Glasgow and their guardians, they highlight the multiple influences on the religiosity of young people and discuss these through themes of correspondence, compliance, challenge and conflict.  They “propose a new conceptual framework for better understanding the complex interplay between intergenerationality and religious beliefs” (p.315) and demonstrate their argument through stressing the importance of “sites such as grandparents’ homes, the journey to and from church, experiences of schooling, youth group practices, peer group relationships and popular culture” in young people’s articulations of their religiosity (p.326).

A number of recent news stories and events highlight the need to take young people’s religiosities seriously and to reflect on the diverse sites, influences and relationships that play a part in developing young people’s religious identities.  Some of these relate to education, for example the recent campaign on the future of RE in schools and the English Baccalaureate.  Others can be seen as features of more formal sites of institutional religion and worship, such as this year’s celebrations marking the 400th Anniversary of the King James Bible, many of which involve young people.  These short examples highlight how crucial it is to reflect on the range of influences in the formation of religious identities and the complexities of religious beliefs.