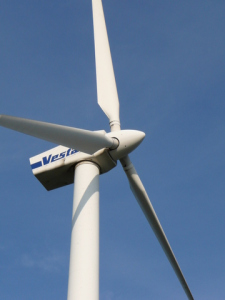 First, there is the need to guarantee a reliable and affordable supply of energy. Energy security can be threatened by domestic disputes (e.g. in France, recent strike action caused the country to import large amounts of electricity) and international tensions (which led Russia to restrict gas exports via a pipeline to Belarus, in June 2010).

Second, the current reliance on carbon-based fossil fuels (coal, oil, gas) is unsustainable. The economic and environmental costs of extracting fossil fuels, alongside the threat of climate change, means that it is increasingly difficult to match demand with carbon-based energy sources.

The Statement on Energy Policy, recently announced by the UK government, reflects these concerns. The policy envisages half the new energy capacity built in the UK between now and 2025 will come from renewable sources. Nuclear and wind power are highlighted as key areas for development.

However, as Bradshaw argues in his paper, emerging economies in the global South will cause a shift in global energy demand and production. Geographers can play a key role in informing national policies and investment, by linking changing patterns in global energy use and resource distribution, to national and local impacts.