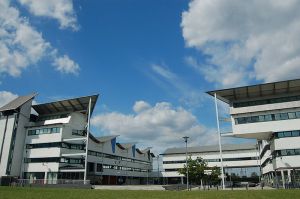 Thousands of new students will begin their degree studies at universities across the UK this month.  Freshers’ week is notorious for its associated drinking culture, but in reality it is just as much about getting to know new people, the details of your course and familiarising oneself with the campus.  Joanna Davies novel Freshers catalogues the experience of Freshers Week in Wales and her student days (see guardian blog).  However, these stereotypical images of the campus and all that is involved in starting University tend to cloud the complexities of the campus as a contested space.

In an article published this month on earlyview in Transactions of the Institute of British Geographers, Peter Hopkins argues that “scholarship could usefully be extended to interrogate the complex ways in which different university campuses are constructed, contested and experienced”.  Specifically, Hopkins examines the “multiple constructions of the university campus through the narratives of 29 Muslim students attending a British higher education institution” and the “multiple and contradictory discourses that students utilise, which simultaneously construct the university campus as tolerant and diverse and as discriminatory and exclusionary”.  As well as a relevant addition to the geographies of religion literature, this article usefully highlights the contested geographies of the campus and offers us a timely reflection as the new term begins…

Read Peter Hopkins (2010) Towards critical geographies of the university campus: understanding the contested experiences of Muslim students, Transactions of the Institute of British Geographers [Earlyview]