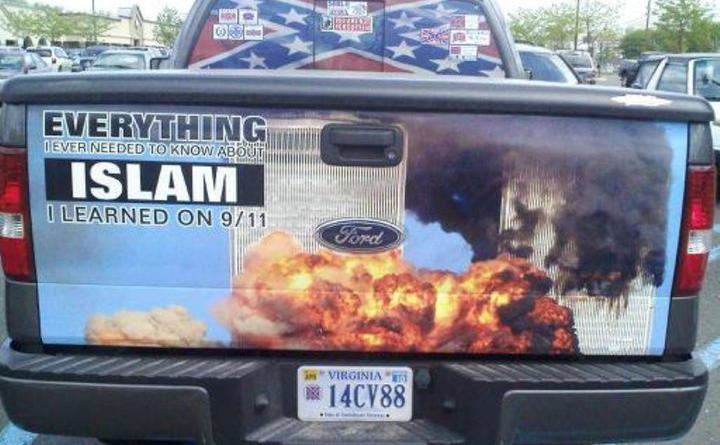 Those of us who follow the news will be no strangers to the controversy surrounding the proposed Park 51 Community Centre in Lower Manhattan.  Also known as the ‘Ground Zero Mosque’ (despite being neither a Mosque nor located at ‘Ground Zero’), the project has led to numerous claims that its a signal of the ‘victorious Islamic take-over of America’.  Given it’s true nature, the project is  naturally supported by President Obama; or has a member of the Tea Party Nation likes to call him as a result the “Muslim crypto-commie usurper”.

Emotions are running high this week as Saturday marks the 9th anniversary of the 11th September, 2001 terrorist attacks, which so painfully defined the last decade.  To the mark the occasion a small Florida church known as the Dove World Outreach Centre (DWOC (an ironic title as we’ll see)) has propelled itself into the media spotlight by holding an ‘International Burn a Koran Day’; after all little invokes the image of doves and outreach quite like a good old book burning, just ask the Nazis!

Their intentions have rightly sparked a sense of horror and disapproval from many Americans, with General Petraeus stating that the action “could endanger troops and it could endanger the overall effort [of American foreign policy]” (BBC).  Sadly, along with the Park 51 project and the rising levels of ‘ hate crimes’ like the Jacksonville Mosque pipe bomb perpetrated in the US, this action appears symptomatic of the wider issue of Islamophobia which fails to go away.  As a direct result of the DWOC’s plans the Council on American-Islamic Relations (CAIR) have recently launched a new campaign to battle what it terms as the “growing anti-Muslim bigotry in American society”. This ‘bigotry’ is indeed widespread amongst a vocal minority and is increasingly backed up by elements of America’s right-wing media outlets, politicians and fringe religious organisations.

In the current issue of Transactions, Dr. Nick Megoran details how the ‘Reconciliation Walks’  project has acted to transform the “deeply entrenched geopolitical understanding[s]” (2010:395) of those who participated in them. Furthermore, it demonstrates how just the simplest acts of genuine outreach and understanding work to easily destroy pre-existing feelings of fear and mistrust.

As many geographers with an interest in politics and religion would argue, both are often inseparable.  Indeed religious groups can act as a positive force as Dr. Megoran’s paper implies; but I feel its equally important to remain mindful that the opposite is often just as true as the DWOC so shamefully demonstrates.  Furthermore, I suggest that our work is largely wasted if we don’t in some way conduct some ‘outreach’ activities ourselves, in order to help end these circles of hate, lies and fear.

For more information on Park51: http://www.cordobainitiative.org/

For more information on the DWOC: http://www.doveworld.org/

For more information on CAIR: http://www.cair.com/ArticleDetails.aspx?ArticleID=26609&&name=n&&currPage=1

N, Megoran, 2010. “Towards a geography of peace: pacific geopolitics and evangelical Christian crusade apologies”, Transactions of the Institute of British Geographers, Vol. 35 (3). pp. 382-398.