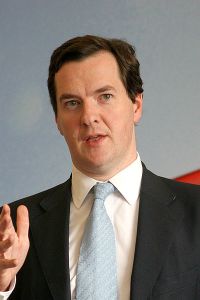 George Osborne announced his “tough but fair” Emergency Budget yesterday, aiming to tackle Britain’s record debt.  The coalitions first budget included an increase in VAT, personal income tax allowance and capital gains tax as well as freezes to child benefit for the next three years, new maximum limits on housing benefits and a two-year pay freeze on public sector pay.  A more detailed analysis of the budget and figures can be read here at the BBC’s website, but reaction to the announcement has been mixed and in some cases highly critical.  Acting Labour leader Harriet Harman described the budget as “a Tory budget that will throw people out of work, that will hold back economic growth and will harm vital public services”.  This budget has once again opened up debates about the growing economic and social inequalities in British society.

In The Geographical Journal, Danny Dorling examines the rising wealth gap in Britain.  In particular, he focuses on the relationships between inequality trends and changes in government.  Dorling maintains that “inequalities are now at unsustainable extremes” and muses at the prospective changes for a new government.  Written in April 2010, before the results of the general election the following month, he reflected that “it could be time for a change again? Which way will we go?”  Now the outcome of that election is known, and the policies of the new coalition government are emerging, geographers are well placed to contribute to the debates about how the budget will affect people’s lives and the growing wealth gap.