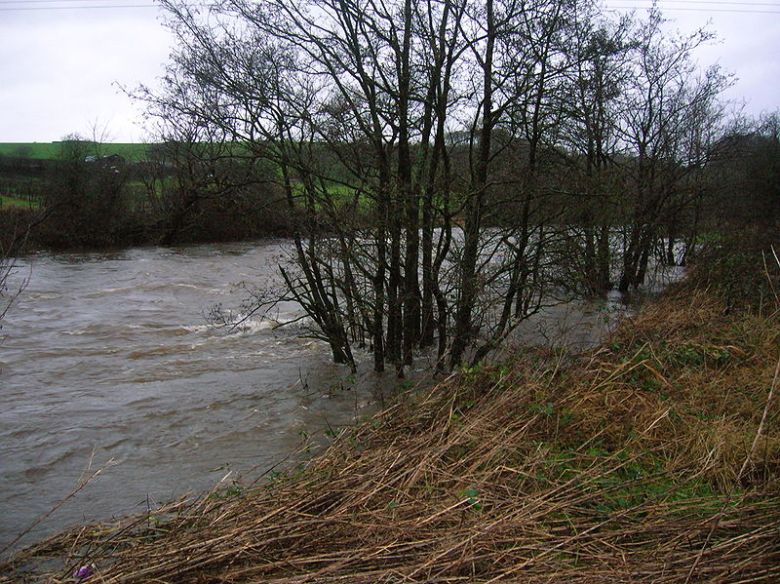 Earlier this month, hundreds of homes were once again evacuated due to flooding in the North East of Scotland.  The Times reported up to 67 mm of rain in Aberdeen and 76.4 mm in Lossiemouth in only 24 hours, causing the Scottish Environment Protection Agency (SEPA) to issue severe flood warnings for several rivers in the region.   Over 600 homes were evacuated in Morayshire and 570 in Elgin after the River Flossie burst its banks, whilst swelling of the River Spey caused a bridge to collapse in Fochabers.

Many local residents felt that more could have been done to protect their homes and prevent at least some of the damage caused by this latest flood event.  In a recent article in Area, Howgate and Kenyon discuss a recent shift in Government policy from expensive flood defences to more sustainable flood risk management.   Natural flood management (NFM) projects use traditional land management practices such as restoring upper catchment wetlands, re-forestation and rehabilitating river channels in order to decrease the risk of flooding in other areas of the catchment.

Howgate and Kenyon found that whilst communities were generally in favour of more natural flooding solutions, there was significant mis-trust and lack of communication between the communities and local authorities involved, resulting in an overall lack of support for NFM projects.  These authors argue that NFM provides a sustainable alternative to hard engineering solutions, but can only be successful with greater communication and cooperation between authorities, landowners and local communities.  It is therefore likely that the full potential of these projects has not yet been reached and may be several years before their value for reducing flood risk can be thoroughly assessed.