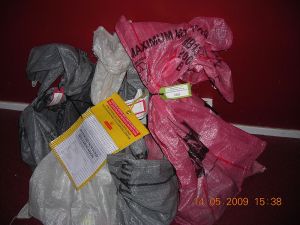 Convicted criminals in the West Midlands are being paid to work in call centres for insurance firms. The inmates at HMP Oakwood, near Wolverhampton, and Drake Hall, in Staffordshire, are employed to carry out market research for insurance companies. Former Justice Minister Ken Clarke said in 2010 that prisoners should work 40-hour weeks while serving time. Prisoners work in a variety of jobs such as packing plastic cutlery and headphones for airline passengers, running printing presses and making window frames.

A spokeswoman for the Ministry of Justice said: “We prepare offenders for work inside prison so they can get a job after release – this reduces the chances that they will reoffend in the future, meaning lower crime and fewer victims.”

In my recently published Area paper, available in Early View, I consider the ways in which the possession of a criminal record can be a fundamental barrier to reintegration into the community outside of prison. Although ex-offenders may idealise a return to the communities where they lived prior to incarceration, the ability to re-integrate is often limited by the transformations that individuals undergo while spending time in prison, such as the possession of a criminal record. The paper explores one scheme where offenders leaving prison are employed on a six-month ‘starter’ employment in groundworking and landscaping. The positive reference that completion of this contract would provide goes some way to counteract the difficulties this group of people have in securing post-prison employment.

Contributing to wider considerations of the tensions of carceral spaces, this paper therefore posits the prison as a kind of ‘homeland’ that continues to significantly shape one’s identity following their out-migration. Those leaving prison find themselves unable to display conventional attachments to the outside society, while performing a dystopian relationship with the prison homeland, allowing for a consideration of what I have termed the ‘prisoner dyspora’.

However, facilitating jobs for prisoners is a contentious issue. With unemployment at about 2.5 million people, some wonder whether these are jobs others can do. This is a tension that will no doubt continue, particularly in the face of Britain’s current economic crisis. As such, carceral geographers continue to examine this balance between the provision of rehabilitation programmes and responding to public opinion.