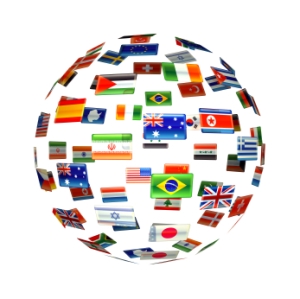 This year’s ‘A’ level results provided yet another record pass rate with 27% of students gaining As or A*s. This success, alongside budget cuts in HE reducing available student places, has led to increased competition for university places with the university admissions service suggesting 2010 was the toughest year for admissions in the past decade.  At the same time that UK students are struggling to gain a place at university, a recent BBC news story quoted Immigration Minister Damian Green saying that the number of foreign students let into the UK is “unsustainable”.  The number of visas issued to students went up by 35% in 2009, although only half of these were issued for university courses and this has led to questions such as “can we assume that everyone coming here has skills the UK workforce cannot offer”.

As studying in the UK has become increasingly expensive for international students it seems plausible to argue that incoming students to the UK are likely to be from more wealthy families.  Waters (2006) argues that through mobility, the children of middle-class families are able to access the most desirable forms of education.  She goes on to suggest that perhaps most significantly an increasing number of middle-class students seek education overseas therefore undermining recent developments in the ‘democratisation’  of education globally.  The rising cost of a UK education may therefore be contributing to student mobility to the UK becoming an elitist opportunity.

As the UK’s HE system struggles to provide enough spaces for UK students at the same time as attracting international students for economic reasons the role which the UK may be playing in increasing the privileged nature of student mobility, and HE more generally, needs to be kept in mind.