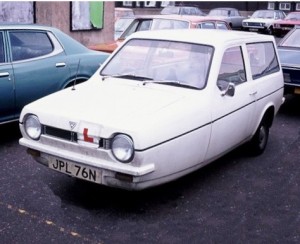 This month marks the 75th anniversary of the compulsory driving test in Britain.  Commenting on the event, road safety experts have been keen to point out the dramatic impact the driving test has had on reducing road fatalities since its introduction in 1935.  Back then, the pass rate for the driving test was 63%, compared to just 44% today.  Though there have been many additions to the driving test in line with technological changes and an increased focus on personal behaviours, it remains remarkably similar to the first tests in terms of structure and actual driving practises.  Seen by many as a ‘rite of passage’, taking one’s driving test continues to elicit a number of highly emotive responses and is currently taken by nearly two million people a year.

In Geography Compass, Peter Merriman (2009) outlines research on the spaces and practises of driving and the ways in which geographers and social scientists have examined motoring and automotive spaces.  He examines the geographies of road space and how “motor roads have shaped our experience of space and place” through “their design, inhabitation, and regulation”.  Merriman also provides a discussion about the innovative methods being used by researchers to focus on the more social, cultural and emotive geographies of driving.

Read about the 75th Anniversary of the Driving Test in The Times: