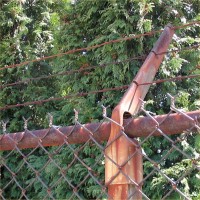 In last Sunday’s Observer, Henry Porter commented on the lack of public attention given to the fact that about 2,000 asylum seeking children a year are locked up with their parents in detention centres in the UK. The treatment of these children by the UK authorities is in breach of their rights and seriously jeopardizes their wellbeing, a fact which has long been denounced by children’s rights groups.

In a forthcoming article for Area, Heaven Crawley explores a different aspect of this issue through the experiences of unaccompanied children seeking asylum as they go through the application process and interview to establish whether their asylum claim will be approved. She concludes that “[i]ndividual children are treated with contempt and a lack of basic care when they present their claims for protection. And what they have to say about their experiences is often not listened to, let alone heard or understood” (Crawley, 2009: 6).

Children’s geographies scholars and those from other disciplines have long argued that young people must be recognized as independent individuals with their own agency. The asylum system in the UK is failing to do this by not respecting children’s rights and disregarding their voices.

Read Heaven Crawley (2009) “‘No one gives you a chance to say what you are thinking’: finding space for children’s agency in the UK asylum system”. Area. Early View.